Every Halloween brings an epic contest, and we don’t mean costumes. It’s the battle for Americans’ hearts — specifically, which candy will reign supreme in trick-or-treaters’ bags on Halloween night. Candy corn is a traditional if not the least bit trendy option (unless you live in Washington D.C., apparently), but leave it to Dominique Ansel to turn it into a highbrow treat.

The French baker who loves reinventing American classics has created the Candy Corn Mousse Cake, totally reimagining the traditional candy into a light-as-air pastry. Once your brain gets past its candy colors, you’ll find layers of sweet corn mousse, orange mousse and vanilla mousse, settled on top of a soft almond biscuit base. What Cronut? 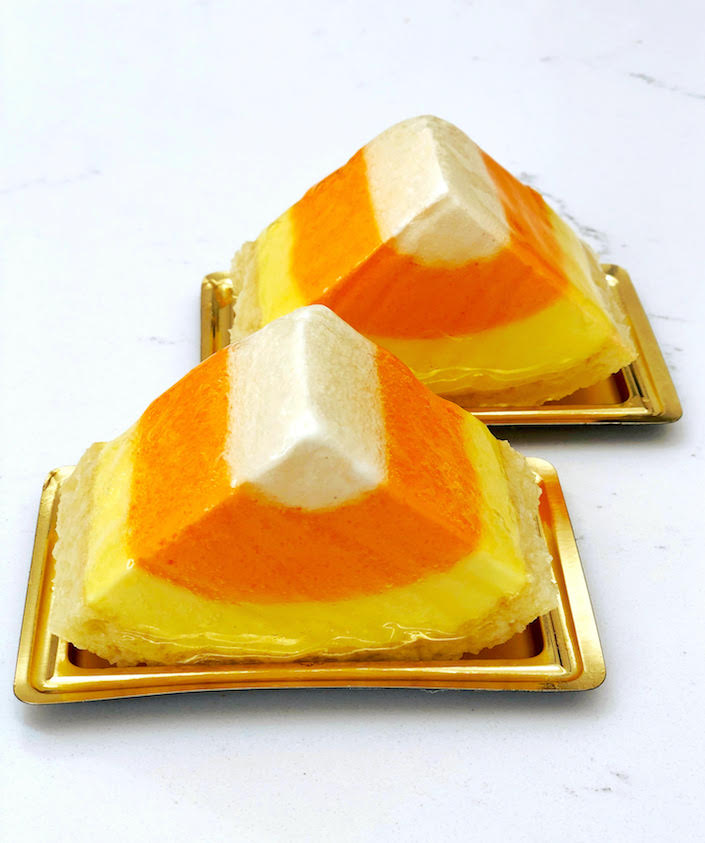 To compare, real candy corn has 12 ingredients including food dyes that could make kids even more hyperactive, is not vegan and its flavor is entirely artificial. Now that’s scary.

The Candy Corn Mousse cake is not the only holiday treat you’ll find — Ansel and his team create a few seasonal treats every year. Come for the Frankenstein pistachio cake with raspberry cremeux and the Pumpkin Chai Mousse Cake with Chai cremeux and a layer of soft gingerbread cake.

Just like all the other ghoulish creatures of Halloween, this treat is only available through Oct. 31 for $7.75 at Dominique Ansel Kitchen and Dominique Ansel Bakery in NYC, as well as his new Los Angeles bakery. Now you know where to get your sugar rush before the Village Halloween Parade.