Everything to know about the Spice Girls reunion tour Rumors of a possible Spice Girls reunion tour emerged as far back as 2015.

But that wasn’t enough.

After several years of speculation, and requests from fans who missed classics like “Spice Up Your Life” and “Wannabe,” the Spice Girls finally revealed good news. Monday, they announced that a UK reunion tour is scheduled for 2019.

Watch their announcement video below:

Here’s everything you need to know about the Spice Girls reunion tour hitting the UK next year.

Beckham said in 2017 that she thought the band’s reunion at the Olympics really was enough.

“When we performed at the Olympics, it was so great, and that was us celebrating everything we’d achieved…” she explained on the Today Show at the time. “I think you need to know when it’s time to actually say, ‘That was great, we achieved a lot’ and everybody moves on.”

Then, this Halloween, Mel B dressed up as Beckham. Her costume included an ax that read, “No, I am not going on tour.”

The day that the (four) Spice Girls announced the official reunion tour, Beckham confirmed that she’s not tagging along with her former band members.

In an Instagram post, she wrote: “Today marks a special day for the girls as they announce the first tour dates since we performed together in 2012! I won’t be joining my girls on stage again but being in the Spice Girls was a hugely important part of my life and I wish them so much love and fun as they go back on tour next year. I know they will put on an amazing show and the fantastic fans past and present are going to have a wonderful time!”

Will the reunion tour be just as good with one Spice Girl missing? After all, they don’t call it Five-spice for nothing.

Our guess is this: It’ll still be worth the trip overseas (because, unfortunately, there’s no U.S. reunion tour this time around).

British singer/songwriter Jess Glynne is joining the Spice Girls on their reunion tour.

ARE YOU MAD! I’m Joining @spicegirls ON TOUR! Y’all best come through cause this stadium tour is gonna kick OFF! ? https://t.co/3C0J2H5kWo

The dates and locations are below: 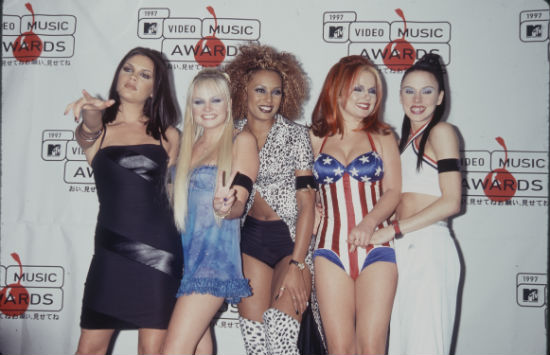 Tickets are limited to eight per person and go on sale via Ticketmaster on Saturday, November 10 at 10:30 a.m. local UK time. That’s 5:30 a.m. ET in the U.S. so get ready to have an early morning.

Don’t you want to spice up your life?