How did Julie Andrews end up in Aquaman instead of Mary Poppins Returns? Director James Wan talks us through it - Metro US
Movies

How did Julie Andrews end up in Aquaman instead of Mary Poppins Returns? Director James Wan talks us through it

Julie Andrews always seemed destined to appear in one of the winter’s biggest films.

Having picked up an Academy Award for her performance as Mary Poppins in the 1964 original it was widely assumed that the English actress would pop up in Mary Poppins Returns in some capacity.

However, director Rob Marshall and the creative team around the hugely anticipated sequel ultimately came to the conclusion, with the help of Andrews, that there just wasn’t room for the 83-year-old legend in the musical.

How did Julie Andrews end up in Aquaman, not Mary Poppins Returns?

Which, while a tad disappointing for cinephiles everywhere, did make sense, as Emily Blunt is playing the exact same incarnation of the ageless nanny in the sequel.

Since there was no room for Andrews in Mary Poppins Returns, James Wan and Aquaman decided to take advantage of the gap in her schedule by casting her in the DC blockbuster instead.

“The irony is not lost on me for sure,” Wan tells Metro of his decision to cast Andrews as the voice of Karathen, a mythic sea monster akin to the Kraken.

But why did Wan pursue Andrews for Aquaman?

“I love Julie Andrews and when it came time to cast my version of the Kraken in this film I felt like I really wanted this creature to be female. Because, of course, the most powerful creature on this planet would be female.”

“For some reason I really wanted her to be British. So who better for this role than Dame Julie Andrews? And she is so wonderful and great in it!” 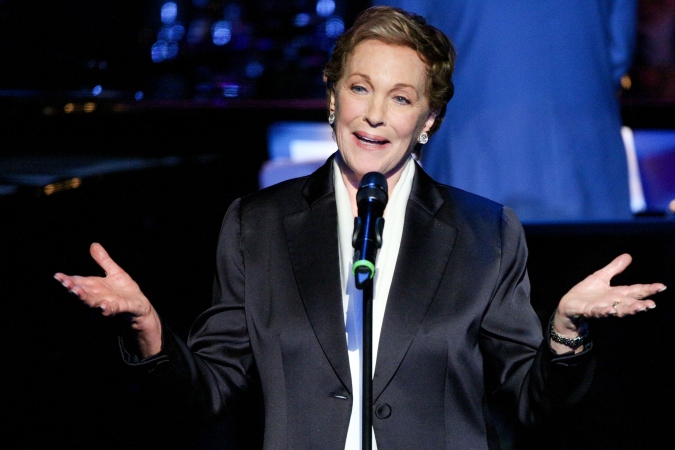 And considering that Aquaman has so far grossed over $750 million worldwide, and still shows no signs of slowing down, while Mary Poppins Returns has taken in just $173 million, it looks as though Andrews made the right choice, too.