Mount Rushmore presidents: Who they are and when they were added - Metro US
Politics

Mount Rushmore presidents: Who they are and when they were added

President Donald Trump pulled a kidding-not-kidding on Tuesday when he suggested his visage appear on the Mount Rushmore National Memorial, but could (or should) his face really grace the stone next to the four leaders of the United States memorialized on the mountain?

What is Mount Rushmore?

The federal government and South Dakota authorized a carving in the Harney National Forest March 1925. The site was dedicated a national memorial months later on Oct. 1 during a flag ceremony.

Who made the Mount Rushmore memorial?

An American sculptor, Gutzon Borglum, was commissioned to create the monument and he chose the presidents who were immortalized in rock.

Ceremonial drilling began on Aug. 10, 1927 after President Calvin Coolidge handed Borglum a set of drill bits. The real work began weeks later on Oct. 4 and 90 percent of the “carving” was done with dynamite. The final carving surface was about three- to four-feet thick.

Borglum died in Chicago on March 6, 1941 before the masterpiece was complete. His son, Lincoln Borglum, finished drilling on Oct. 31 that year.

A bust of the elder Borglum created by his son Lincoln, who was named after his father’s favorite president, is on display outside the Lincoln Borglum Visitors Center at Mount Rushmore.

Who are the presidents on Mount Rushmore? 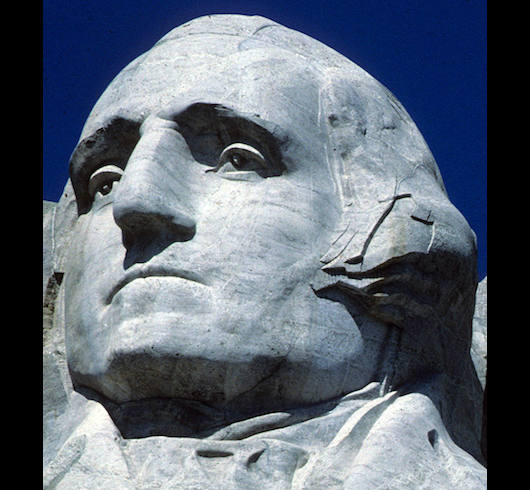 Gutzon Borglum chose the nation’s first president to be the most prominent figure on the mountain. George Washington represents the birth of the United States and is considered the father of the country and of American democracy.

The carving of Washington was dedicated on July 4, 1930. 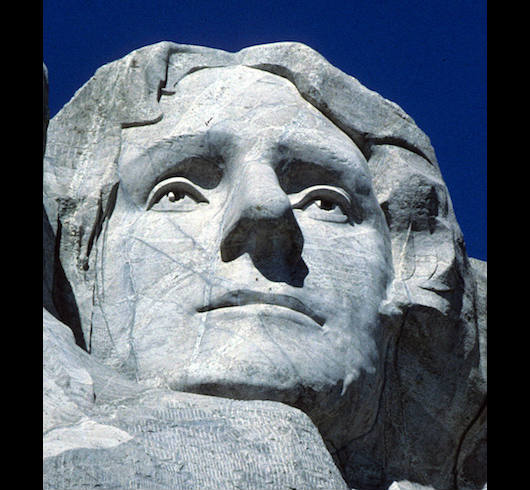 Borglum chose POTUS No. 3 Thomas Jefferson to represent growth. Jefferson was the chief author of the Declaration of Independence and he purchased the Louisiana Territory from France in 1803, doubling the size of the country.

The Jefferson carving was dedicated on Aug. 30, 1936 in a ceremony attended by President Franklin D. Roosevelt. 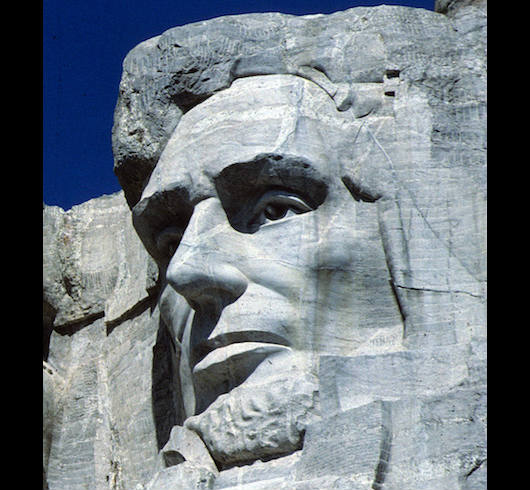 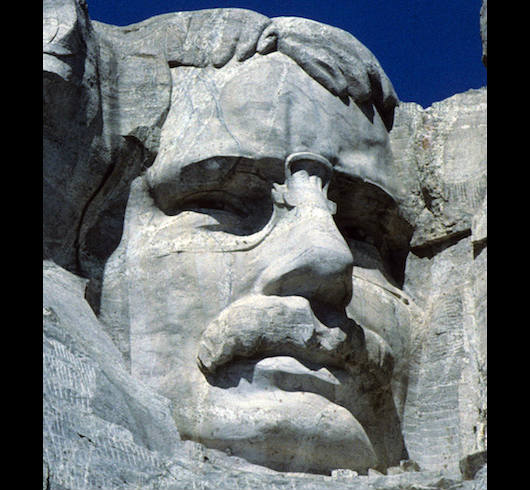 Teddy Roosevelt, the 26th president, was chosen to represent the nation’s development since he was at the helm when the United States experience swift economic maturity.

He was key in the Panama Canal negotiations, linking the east and the west and he was known as the “trust buster” for his anti-corporate monopoly work. Roosevelt was seen as a president for the common man.

Catch webcam views of the monument via EarthCam.