When is The Goldbergs Wedding Singer crossover? - Metro US
Movies

When is The Goldbergs Wedding Singer crossover? THE GOLDBERGS - "The Wedding Singer" - Barry and Lainey's wedding date is right around the corner, and Beverly is in her element as she tries to make everything perfect for her schmoopie's big day. Geoff is concerned about Adam's shortcomings as a wedding videographer. Meanwhile, Barry begins to have second thoughts, on an all-new episode of "The Goldbergs," airing WEDNESDAY, JAN. 9 (8:00-8:31 p.m. EST), on The ABC Television Network. (Kelsey McNeal)/ABC via Getty Images) WENDI MCLENDON-COVEY, TROY GENTILE
Kelsey McNeal/ABC via Getty Images

For the past six seasons, The Goldbergs has happily taken advantage of its 1980s aesthetic by placing its characters in situations that revolve around the decade’s pop culture. Such was the case for the ABC show’s recent Halloween episode, which saw Freddy Krueger actor Robert Englund don the iconic hat, sweater and razor-sharp glove on last time. When the comedy series returns on Wednesday, Jan. 9, however, it will crossover with an Adam Sandler classic from the late 1990s in a really fun way. Here’s what you need to know about The Goldbergs Wedding Singer crossover.

When is The Goldbergs Wedding Singer crossover?

Yes, that’s right. The world of The Goldbergs is about to merge with Sandler and Drew Barrymore‘s The Wedding Singer, the 1998 romantic comedy that actually took place during the previous decade. Creator and showrunner Adam F. Goldberg confirmed the crossover on Twitter with a 45-second preview of the highly anticipated wedding episode, which is appropriately titled “The Wedding Singer.” 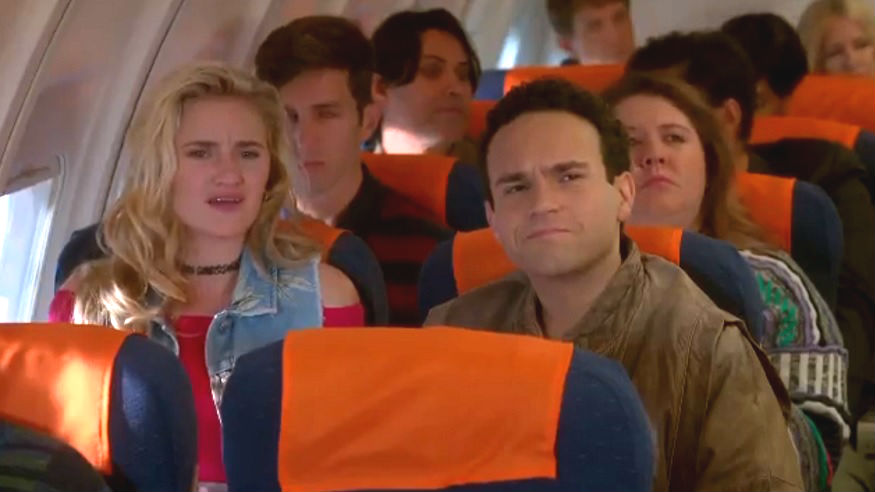 “Hey @goldnerds! January 9th at 8:00 is the big wedding episode of @thegoldbergsabc!” Goldberg said in a tweet accompanying the promo video. “Thanks to our producer Adam Sandler, my 80s family actually meets the 80s most infamous WEDDING SINGER! This is my favorite episode EVER.”

How is The Goldbergs Wedding Singer crossover possible?

When followers began asking Goldberg for clarification about the crossover, the television producer and writer happily provided it. “It’s Happy Madison, so yeah, Adam Sandler produces the show!” he wrote when one asked if Sandler “actually [has] anything to do with the show.” Responding to another question, Goldberg confirmed that The Goldbergs and The Wedding Singer were in fact in the “same universe.”

Hey @goldnerds! January 9th at 8:00 is the big wedding episode of @thegoldbergsabc! Thanks to our producer Adam Sandler, my 80s family actually meets the 80s most infamous WEDDING SINGER! This is my favorite episode EVER. At 8:30 we premiere @SchooledABC and I am so proud of it!! pic.twitter.com/tjopoHLyRx

According to the short preview, “The Wedding Singer” will merge the properties in at least two ways. Barry (Troy Gentile) will be on the same flight as Sandler and Barrymore’s movie characters. Meanwhile, Beverly (Wendi McLendon-Covey) and other members of the Golberg family will be in attendance at one of the film’s iconic wedding scenes.

When does The Goldbergs Wedding Singer crossover air?

The Goldbergs returns Wednesday, Jan. 9 at 8 p.m. ET on ABC.