Why is everyone adding mushrooms to their coffee? - Metro US
Health

Why is everyone adding mushrooms to their coffee? Mushrooms might be a tasty addition to pizzas, pasta sauces and Philly cheesesteak sandwiches, but would you drop a few of them into your morning cup of coffee?

It might seem a bit absurd, even in today’s butter-coffee-obsessed world, but mushroom coffee is being touted as the next big thing in wellness.

Is mushroom coffee good for you?

Four Sigmatic — the main company behind the mushroom coffee craze — makes their brews from four different types of mushrooms: Reishi, cordyceps, chaga and lion’s mane. These mushrooms (like all mushrooms) contain vitamins and nutrients like selenium and vitamin D, along with fiber, protein and antioxidants. Mushrooms are also said to help improve overall health by reducing stress, increasing focus and aiding weight loss. 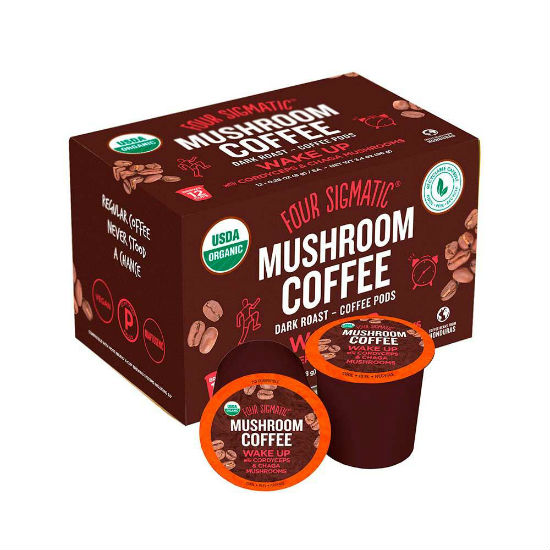 “With mushroom coffee, I feel energized and alert without feeling anxious, restless, or experiencing an accelerated heart rate,” Joanna Townsend wrote in a piece for Fast Company of her month-long experiment drinking it. “I feel grounded, too, and even find myself sleeping quite well, even on days when I have a cup of coffee at 3 or 4 p.m., which usually would have sabotaged my 10 p.m. bedtime and delayed my ability to fall asleep until well after midnight.”

The downside: Medicinal mushrooms (like chaga) are known to have blood-thinning effects, so you shouldn’t take them before surgery or if you’re already on blood-thinning medication.

How does mushroom coffee taste?

Full disclosure: We haven’t tried it yet, but fans rave about the fungi caffeine — and they even claim it doesn’t taste like you’re drinking pureed mushroom.

“It doesn’t taste like mushrooms at all, and the prep is the same as regular coffee,” Townsend wrote, adding that the mix of mushrooms are grounded into a powder.

“It’s not that bad,” Joe Avella said in a Business Insider video, adding that he sometimes added a splash of cream to add to the taste. Some his colleagues weren’t fans, claiming it tasted “like coffee that had been sitting out for a while.”

Mushroom coffee seems to only be available in instant form right now, so you probably won’t like it if you’re not a fan of instant brews.

Your best bet is to get eat your mushrooms in their whole form in a salad, slice or sandwich. And if you have health concerns, it’s best to talk to your doctor before plunking down the cash for a morning mushroom fix.