Why is pink the color for girls? It wasn’t always that way – Metro US
New York

Why is pink the color for girls? It wasn’t always that way

Pink wasn’t considered the color for girls until the 1940s. That probably comes as a surprise to anyone who’s walked into the girls’ section of a clothing store lately, but it didn’t use to be that way.

“Society determines what color means, and society changes its mind,” explains Valerie Steele, the director of the Museum at the Fashion Institute of Technology and curator of a new show (and book) Pink: The History of a Punk, Pretty, Powerful Color.

The wide-ranging exhibit looks at how various cultures use pink, the racism that designers who chose to work with pink faced and the role of musicians from punk rockers to hip-hop artists changing its feminine reputation. But how did it all begin? 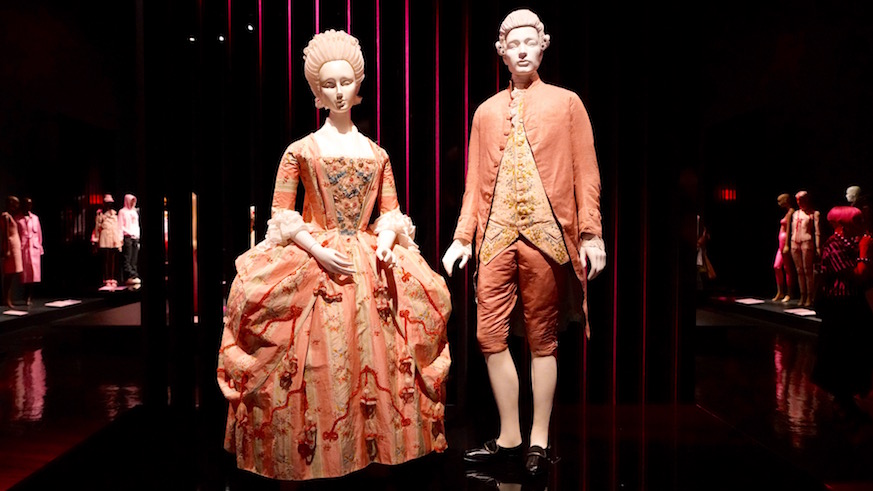 How pink became ‘the girl color’

Pink wasn’t a popular color until the 1700s because it faded so fast. The discovery of brazillium by New World explorers allowed clothiers to create more vibrant and longer-lasting dyes, and the French court went mad for pink.

Back then, noble men and women were “equally decorative,” as Steele puts it, dressed in all manner of ruffles and lace and floral designs, with plenty of pink (and blue, for that matter) in both men’s and women’s clothing.

Somewhere along the way, that changed. Steele spent two years putting together the exhibition and reading everything she could find in two languages about pink, but couldn’t pin down where the idea that pink is for girls and blue is for boys came from, only that it originated in France. Louisa May Alcott’s book Little Women, published in 1868, references Amy March using a blue ribbon for the boy doll and pink for the girl in the “French fashion.”

Around the same time, men in Europe as well as the U.S. began to dress in more suit-like coats and slacks in shades of black and navy blue, pushing off all colors and decoration onto women. 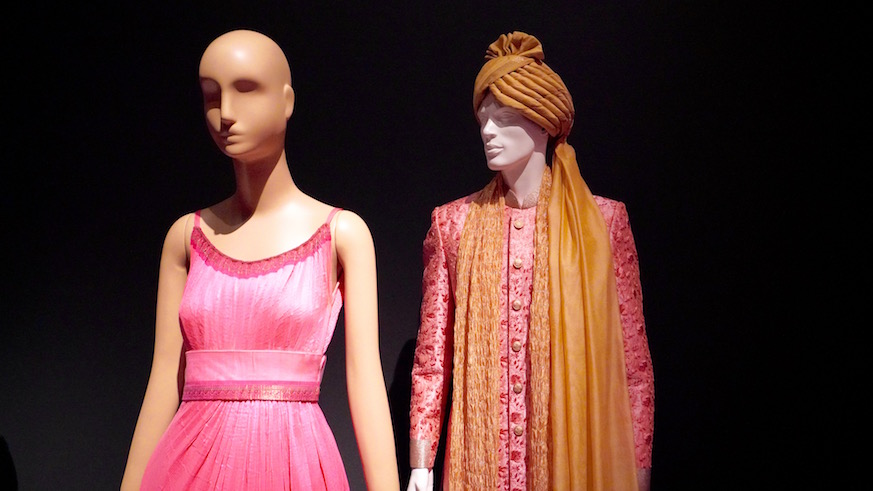 This change in French custom didn’t translate across the Atlantic Ocean. In the U.S., department stores were evenly split between which sold pink clothes for boys or girls. In 1918, a store called Infants Department recommended dressing boys in pink, the “more decided and stronger color,” while girls should wear blue, which is “more delicate and dainty.”

One contested explanation is a set of two circa late-1700s paintings that toured the country as a pair: The Blue Boy, a child in a blue doublet and breeches, and Pinkie, a young woman in a blush pink dress.

However it happened, department stores knew that what was important was assigning a color to each gender because people bought more children’s clothes that way.

But pink wasn’t universally accepted as a feminine hue. In India, men wear pink six like men in the West west navy blue. In Spain, fuschia is a traditional color for matadors’ capes. The catholic clergy in Rome wear pink vestments. 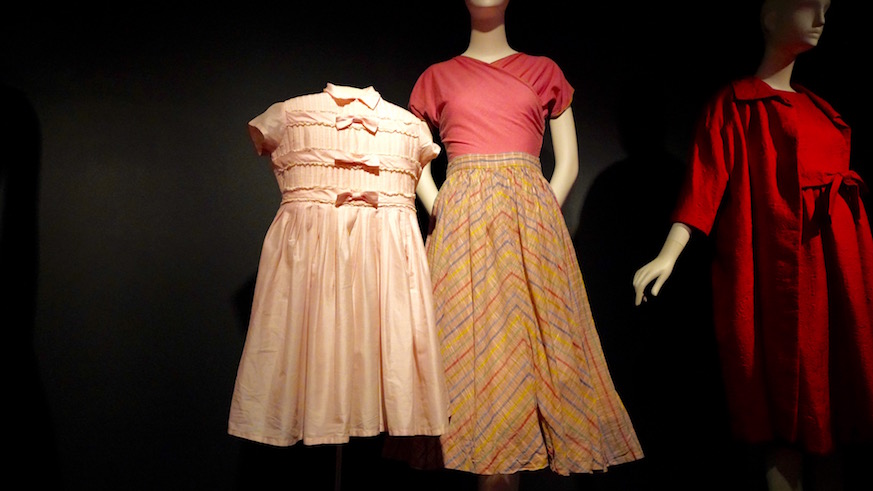 The 1950s codify pink as female

When men came home from World War II, there was intense pressure on wives to return to their homes. “You had to get everybody thinking the right way,” says Steele. “Women were encouraged to get in touch with their feminine side.”

That worked for a couple of decades, but then the counterculture movement reappropriated pink. Punk rockers adopted it in the ‘70s. In the ‘80s as women made their way into boardrooms, the pink power suit was a way to show they weren’t just “imitation men.” In the ‘90s, pink became the color of the battle against breast cancer and AIDS activism.

Pink re-entered the world of men’s fashion in the 21st century, most significantly because of Harlem rapper Cam’ron hitting New York Fashion Week 2002 in his iconic pink mink. “It caused a huge uproar,” says Steele. “All of a sudden, lots of guys were wearing pink. You’re seeing pink redefined as a cool, androgynous color as opposed to a sweet, feminine color.” 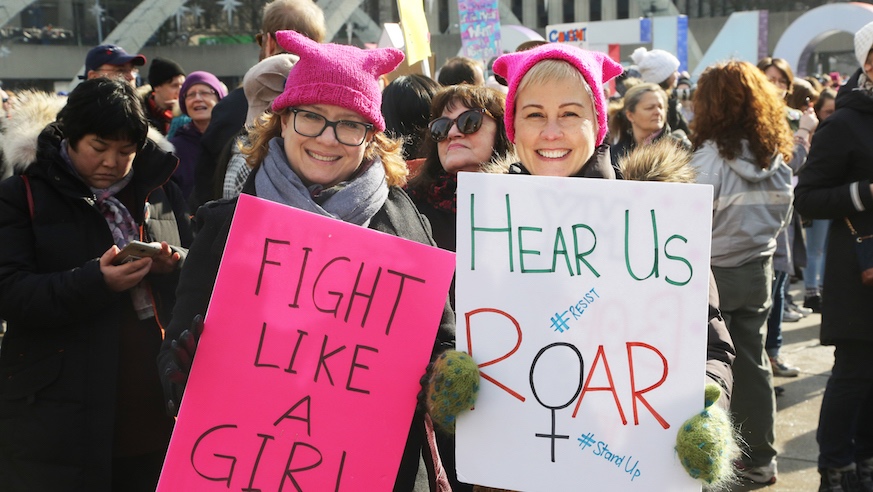 Pink goes from feminine to feminist

These days, pink is the color of revolution. In India, the Gulabi Gang shames abusive husbands and corrupt politicians while wearing hot pink saris. And of course there is 2017’s most iconic clothing item, the pussy hat, worn by legions of women protesting Trump administration policies.

Then there was Nicki Minaj’s hot pink latex two-piece bustier and leggins, and Janelle Monae’s vagina pants, showing that strong women can empower the color (both are part of the exhibit). Pink is even favored by millennials, who are otherwise busy “killing” everything else.

“Pink is assuming a feminist role, it’s acquiring new meaning,” says Steele. “These women are saying, ‘You don’t think pink is serious because it’s associated with girls and women, but we’ll make it serious.’”