Your guide to the Macy’s Thanksgiving Day Parade balloon inflation

Before the Macy’s Thanksgiving Day Parade can get underway, its iconic balloons must be brought to life.

The annual Macy’s balloon inflation ritual takes place Thanksgiving Eve, Nov. 22, packing in its own crowds for a fun evening watching the 17 gigantic balloons be inflated around the American Museum of Natural History on the Upper West Side.

It’s a great chance to get a better look at these impressive works of art much closer than you’ll get even during the parade. Who doesn’t love seeing Spongebob Squarepants faceplanted on Columbus Avenue (he must be tired from his Broadway rehearsals)? 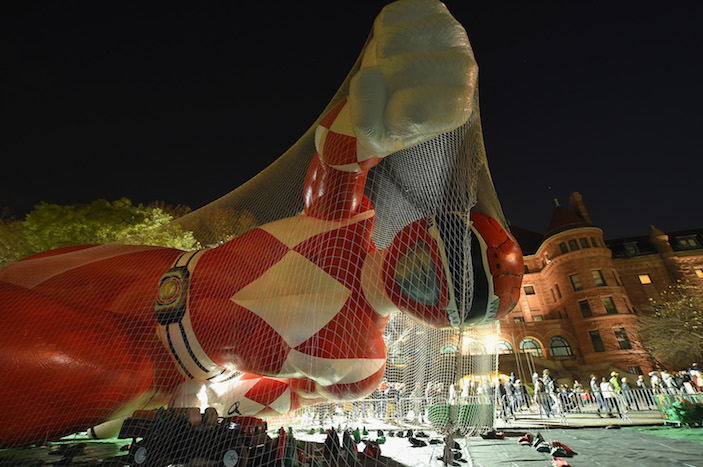 Revelers should know there are a few changes this year. The Macy’s balloon inflation will start two hours early at 1 p.m. and end by 8 p.m.

The expected 200,000 balloon enthusiasts and families will have to pass through a security checkpoint at West 74th Street at Columbus Avenue. Backpacks are not allowed but strollers are fine, though not recommended because of the large crowd.

One way to skip the line: Go to the Natural History Museum and enjoy roaming its halls (their funhouse-like Our Senses exhibit just opened!) until balloon time. 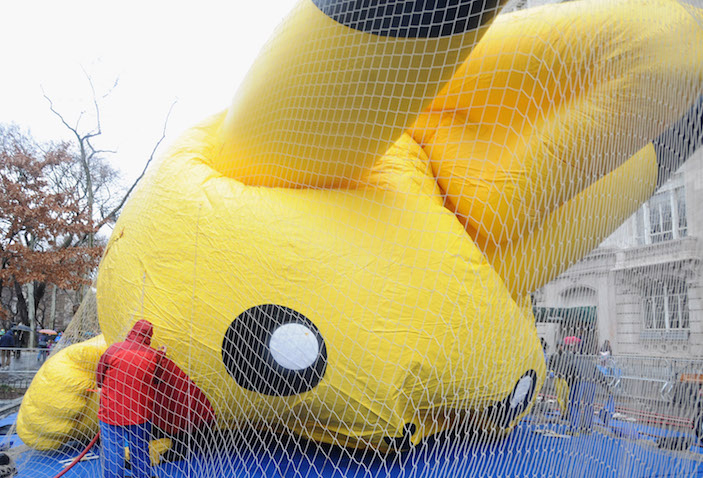 How close can you get to the balloons?

The balloons are inflated along a route from West 77th Street and Central Park West to Columbus Avenue, then north to West 81st Street and back toward the park.

Barricades along the sidewalk will keep you from actually being able to touch the balloons, but there’s plenty to see as the balloons grow and need to be wrangled.

Once each balloon starts being inflated under nets weighed down with sandbags, it gets to full size pretty quickly, so get there early if you want to see all the action. 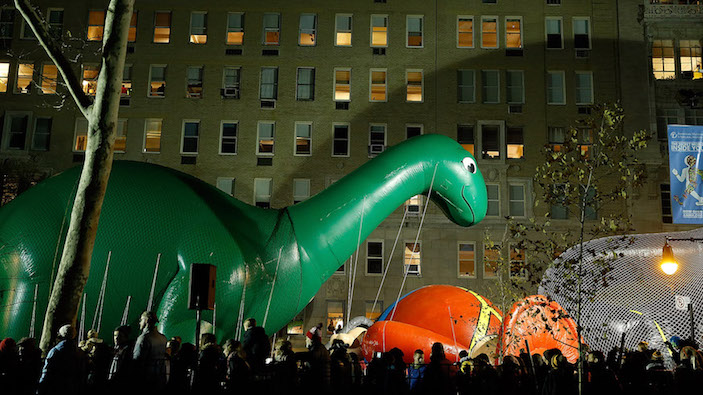 What are the new balloons for the 2017 Macy’s Thanksgiving Day Parade?

For 2017, there are four new character balloons:

• Olaf, from Disney’s Frozen, will be the second tallest balloon in the parade at a towering 60 feet, just 2 feet shorter than Gregg Heffley from Diary of a Wimpy Kid.

• The villainous Grinch, along with his dog Max, only the fourth double-act balloons in the parade’s history

• Jett from Super Wings, who will be the widest balloon at 39 feet

• And finally, the star of the most popular series among the preschool set, Paw Patrol’s Chase

What is there to do at the Macy’s balloon inflation?

Looking to warm up? New-York Historical Society members can duck into the museum just across the street from the action and thaw out in the DiMenna Children’s History Museum while enjoying hot chocolate, treats and special activities from 3-5 p.m.

Restaurants around the area are sure to be packed, but there are street vendors selling hot chocolate and roasted chestnuts.

And if you’re okay with making it a late night, stick around after 11 p.m. to see the parade floats arrive from their home base in New Jersey. 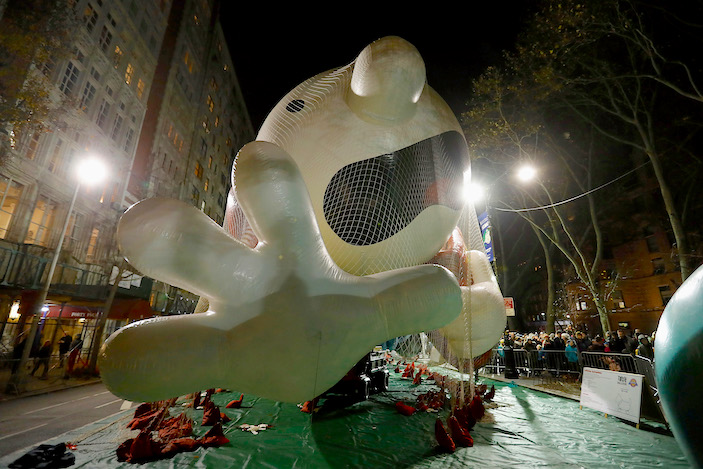 During the parade, it takes 2,000 handlers — between 30 and 100 people per balloon — to keep these larger-than-life heroes and pop culture icons from floating away (or into Manhattan’s historic buildings).

The first balloons flew in 1927, when they replaced live animals from the parade. That first year, the balloons were filled with air and “flew” with the help of wranglers with sticks.

Helium has been used every year since 1928 except for 1958, when a helium shortage meant they had to be hoisted with cranes.

From 1928 to 1933, the giant balloons were actually released to float away at the end of the parade.

During the height of World War II in 1942, the balloons were donated to the war effort after the parade.