It’s a debate as old as time itself: Which is better, New York style pizza or Chicago deep dish? Now, the food feud is heating up with the announcement that the U.S. Pizza Museum is apparently picking sides by setting up shop in the Windy City.

The U.S. Pizza Museum is set to open Aug. 10 at the Roosevelt Collection, a group of shops in the city’s South Loop neighborhood. The pizza museum’s mission, per its website, is to “inspire curiosity and new ways of thinking about the rich history and recent developments in the world of pizza by collecting, preserving, interpreting, and exhibiting pizza-related items.”

But does Chicago deserve to be home to the U.S. Pizza Museum? Those who prefer a New York slice don’t think so.

“What is this I hear about putting a pizza museum in Chicago?” one person tweeted. “Sorry yeah no not gonna work for me. Everyone knows New York is the better location.”

“The first pizzeria in the US was Lombardi’s in NYC,” said another. “Hence, the pizza museum belongs in NYC.  No question about it.”

Others just disputed that a pizza museum even needs to exist, instead saying New York City pizza overall is a better homage to the dish than a museum could ever be.

“There is already a Pizza Museum ………. it’s called New York City,” tweeted one person. “Of course the museum has to go there,” tweeted another about Chicago, “That’s where pizza went to die. It’s still alive & well in New York.”

Still, others across the internet disagreed even further, suggesting instead an impartial location, free from the history of the New York-Chicago sauce-laden squabble.

Why stop with the Chicago Pizza Museum?
The Bagel Institute in New Orleans
The Jambalaya Museum in Austin
The BBQ Hall of Fame in Brooklyn
The Center for Grits Studies in Trenton
The Beer Foundation in Napa

“My obsession really kicked up to a higher level about five years ago when I started living in Chicago (a great pizza town regardless of your opinion on Chicago deep dish) and visiting New York city on a more regular basis with pizza discovery as a goal,” Bruns, whose first job was at a pizzeria in Cincinnati, wrote on the pizza museum website.

What is a pizza museum anyway?

The U.S. Pizza Museum has been around since 2015, but mostly just as an online pizza experience or as a pop-up exhibit. Now, with its location in Chicago officially announced, it’ll be in the land of deep dish through October, per the Chicago Tribune, and possibly even longer.

The pizza museum will be free to attend and include a gift shop stocked with pizza-themed clothes, menus, records and toys.

But don’t fret completely, New Yorkers, for a pizza museum of another slice is still coming to NYC.

The Museum of Pizza, which bills itself as the “world’s first and only immersive art experience celebrating pizza,” will pop up in NoHo from Oct. 13 to 28. Activities there will include pizza and film screenings, and though its not free, a slice is included in the ticket price. How do you like them pies, Chicago? 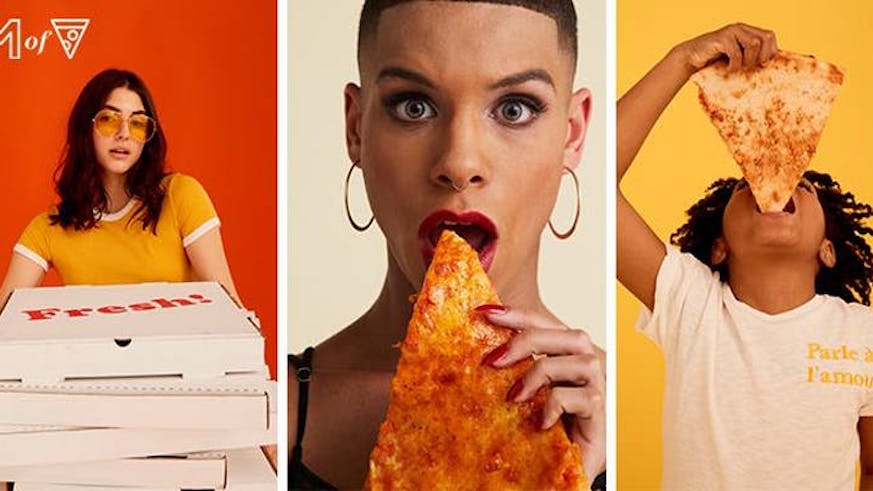