The essential museum and gallery shows of NYC for Fall 2018 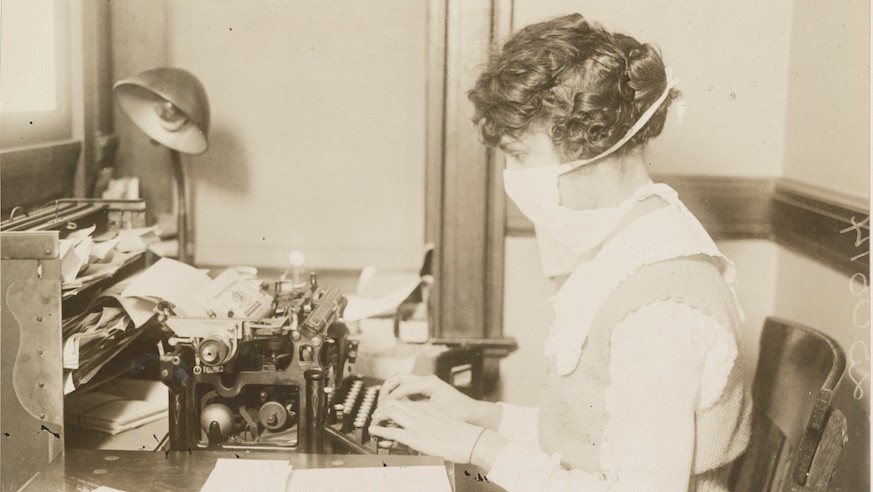 One of the many things New Yorkers try not to worry about is how dirty the city is. But sometimes, we’re confronted with the reality that when 8 million people are crammed into one place, things are bound to go wrong. The Museum of the City of New York’s Germ City revisits the massive flu pandemic of 1918 that killed 30,000 New Yorkers (and 50 million people worldwide) with a collection of relics like an iron lung and the protective suits worn to treat Ebola patient Craig Spencer at Bellevue, plus the tools of modern disease prevention and a look at the new health problems climate change could bring. Sept. 14-April 28, 2019, mcny.org

Soul of a Nation

The two decades from 1963 to 1983 were some of the most politically and socially turbulent in America. The Civil Rights Act was signed in 1964, but you don’t have to be a historian to know how little it changed for black communities around the country. Soul of a Nation: Art in the Age of Black Power at the Brooklyn Museum brings together more than 150 works by over 60 black artists from around the country to reflect on the black experience of injustice and racial violence, but also hope and empowerment. Sept. 14-Feb. 3, 2019, brooklynmuseum.org 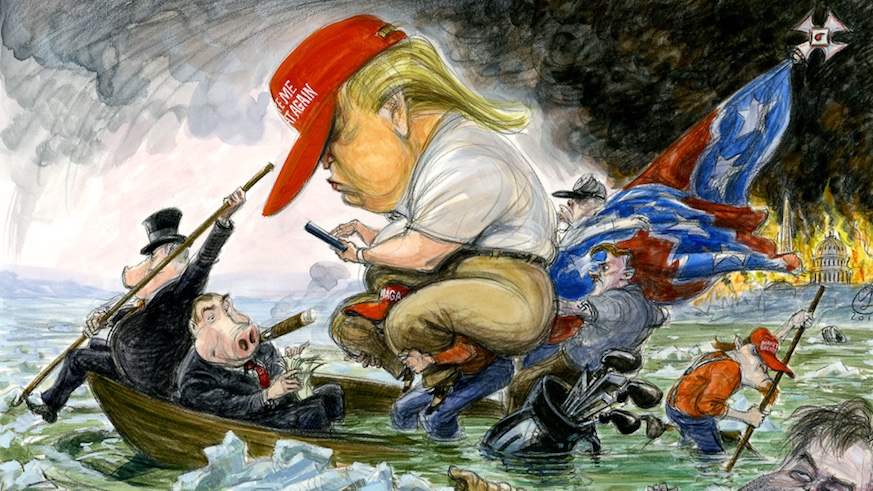 The Trump presidency has been even stranger, harsher and more absurd than anyone expected, so some of the satirical works in SVA Chelsea Gallery’s new exhibit Art As Witness may seem redundant or have already come to pass. The show looks at three years of political works from animation to collage, posters and sculptures, more than 200 works in all by 53 artists including Milton Glaser, Roz Chast and Pulitzer winner Art Spiegelman commenting on everything from the Trump presidency, #MeToo, #BlackLivesMatter and the opioid crisis. Oct. 6-Nov. 3, sva.edu

No painter shook the European art world of the 19th century like Eugène Delacroix. From his unusual choice of subjects to an entirely new style of brushwork, the French painter was praised by no less than Van Gogh for his ability to reveal “the liveliness of things, and the expression and the movement, that he is utterly beyond the paint.” The Metropolitan Museum of Art brings together the first major retrospective of the artist in North America with over 150 paintings, drawings, prints and manuscripts drawn from 60 public and private collections around the world. Sept. 17-Jan. 6, 2019, metmuseum.org 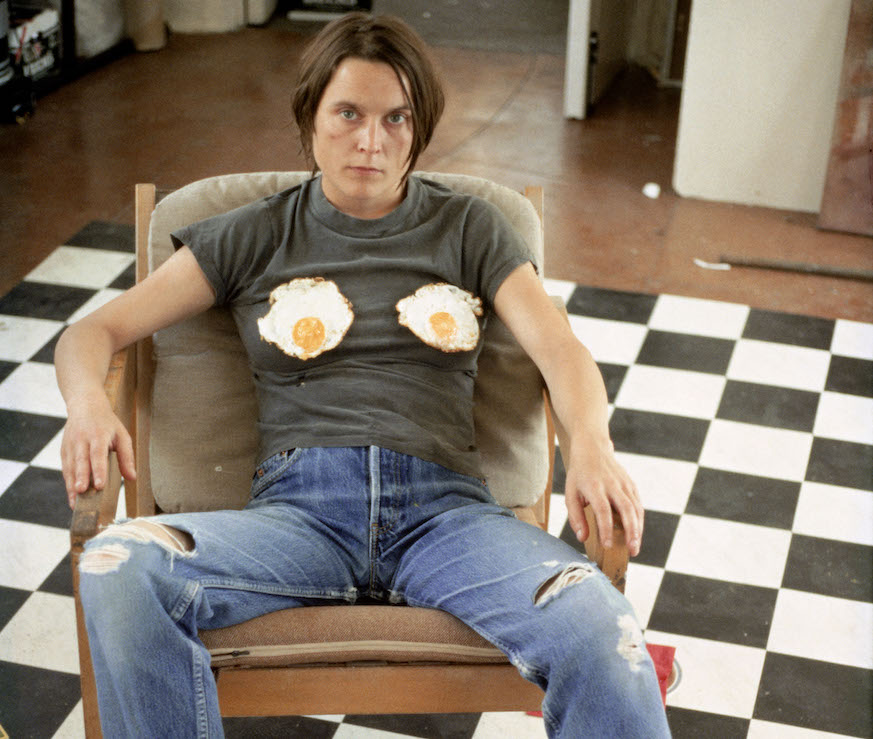 While the mainstream continues to grapple with shifting gender roles, Sarah Lucas has never had time for the narrow definitions of what’s ladylike. The British artist takes over three floors of the New Museum for her first-ever show in the U.S. with 150 works including large-scale sculptures like her ‘90s furniture made of body parts and new commissions for the exhibit, plus photos and installations all grappling with stereotypes about women and sex, and calling out misogyny loud and clear. Sept. 26-Jan. 20, 2019, newmuseum.org

The Met’s American Wing hasn’t had an exhibition of Native American art since it opened in 1924. That will change this fall with the opening of Art of Native America, a collection of more than 115 masterworks from a stunning 50 different indigenous tribes across North America. Ranging from nearly 2000 years old to the early 1900s, the works span pottery, clothing, drawings and sculpture from British Columbia to the Southwest, and will be accompanied by a series of public programs. Oct. 4, 2018-Oct. 6, 2019, The Met Fifth Avenue, Gallery 746, metmuseum.org 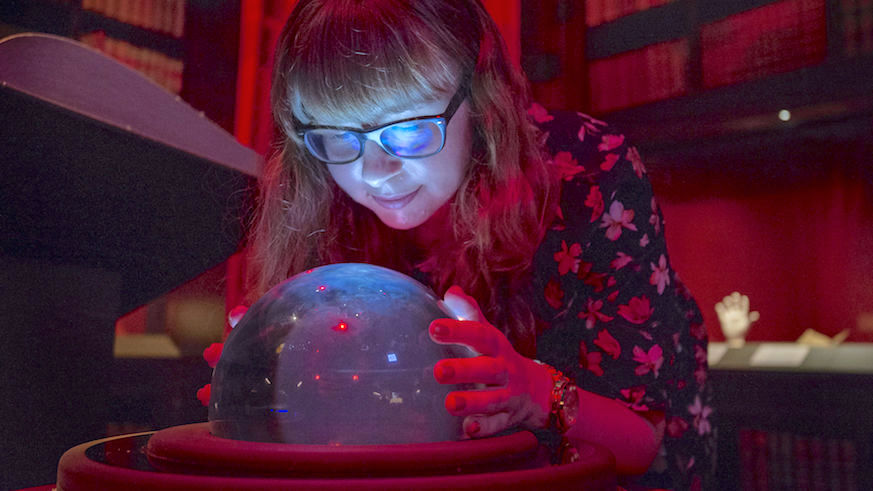 The Harry Potter series has captured the imaginations of countless millions worldwide — but how was J.K. Rowling inspired to write her stories about the boy wizard? This fall, the Bathilda Bagshot-approved exhibit History of Magic travels from London to the New York Historical Society for a deep dive into the source materials from which the wizarding world was born through halls themed to various subjects Hogwarts students studied filled with rare books, mythological artifacts and cultural relics from societies around the world. Accompanying all the real-world stuff are never-before-seen illustrations by Rowling herself as well as Mary GrandPré’s and Jim Kay, and those who have seen Harry Potter and the Cursed Child may finally learn some secrets about that incredible set through models and costumes. Oct. 5-Jan. 27, 2019, nyhistory.org

The Velvet Underground didn’t get the appreciation they deserve in the 1960s, when their alternative rock sound was too different from what everyone else was doing. Since then, they’ve been acknowledged as pioneers whose influence can be traced to everything from pop music to movies, fashion and even fine art. See it all at a new multimedia exhibit, The Velvet Underground Experience, featuring never-before-seen images, specially commissioned films and artifacts from the many artists who owe Lou Reed and co. a tip of the hat. Oct. 10-Dec. 30, 718 Broadway, velvetundergroundexperience.com

One of the most influential figures in children’s literature is also an accomplished artist. The worldliness of Maurice Sendak’s Where the Wild Things Are made it one of the 20th century’s most important books, though he created dozens of internationally beloved illustrated works. The Society of Illustrators will display over 100 of his watercolors, ink and pencil drawings spanning Sendak’s work in books, theater and commercial work including never-before-seen pieces. Oct. 23-Nov. 3, free during certain hours, societyillustrators.org 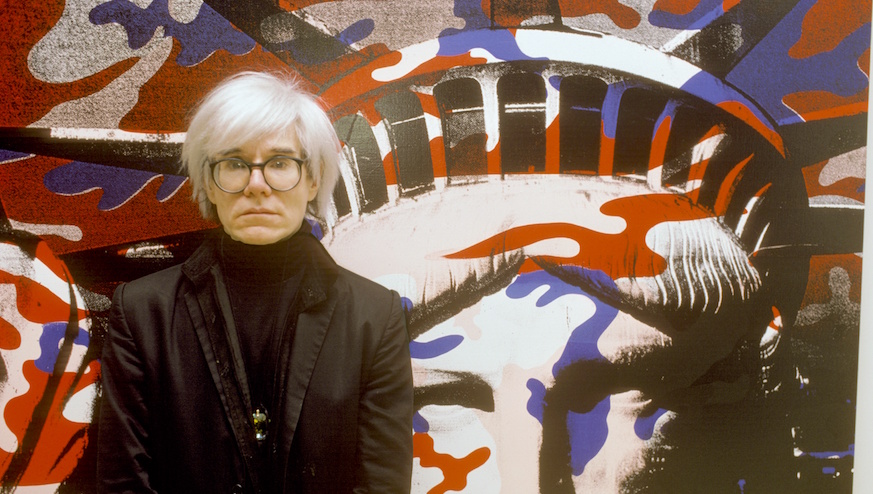 Andy Warhol: From A to B and Back Again

One of pop art’s favorite sons is getting a wide-ranging retrospective — the first by an American museum since 1989 — at the Whitney Museum. Andy Warhol: From A to B and Back Again is true to its title, gathering every medium the artist ever worked in across his entire career to perhaps help you think of him as more than the Campbell’s soup can painter.  From being an ad man in the ‘50s to the psychedelic ‘60s and moving into experimental films in the ‘70s, the show also delves into new material discovered after his sudden death after gallbladder surgery in 1987 that promises to reveal “new complexities.” Nov. 12-March 31, 2019, whitney.org

Art doesn’t have to be overtly political to make a statement. Charles White used his skills as a draftsman, printmaker and painter to create what he called “images of dignity” of African-Americans for four decades. Powerful depictions were his way of community building, though White was also a dedicated teacher — among his prodigies is Kerry James Marshall. The Museum of Modern Art’s Charles White: Retrospective is, shockingly, the first survey of the artist’s work, spanning paintings, photographs, album covers and more. Oct. 7-Jan. 13, 2019, moma.org

Feminism, poverty, consumerism, war, gentrification — if there was controversy, you could find Martha Rosler and her razor-sharp but always compassionate art tackling it head-on. Having grown up during the Civil Rights and anti-war movements, Martha Rosler: Irrespective is the first retrospective of her work in 15 years, collecting works spanning her feminist montages from the 1960s to recent large-scale installations at the Jewish Museum. Nov. 2-March 3, 2019, thejewishmuseum.org