Fans of Sam and Dean might take some selling on a Supernatural spinoff since neither of the beloved bachelors would have starring roles in the forthcoming Wayward Sisters, but the newly cast stars swear it’s worth giving the new series a chance.

That’s right, there’s a supernatural spinoff already in the works and coming to your TV screens sooner than you might think. In fact, the midseason premiere of Supernatural looks to be a preview of what Wayward Sisters would be like as a series. The episode is appropriately named “Wayward Sisters,” and conveniently features a plot point of brothers Sam and Dean being missing, letting the ladies step into center stage.

But wait, is the new series just another version of Supernatural with women? (Cough, kind of like Charmed, cough.) Well, actually, yes. Wayward Sisters might just be the Supernatural spinoff that works (sorry, Bloodlines) because it will feature the same demons and monsters that keep you glued to your TV screen throughout an episode, but the sisterhood and relationships that keep you coming back week after week. Plus, the Supernatural spinoff would feature female characters you already know and, hopefully, like thanks to the main CW drama. 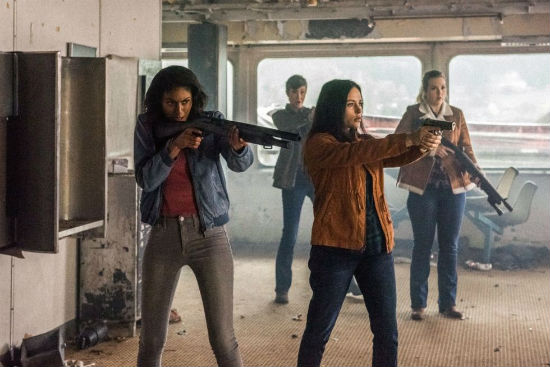 It’s no surprise that Kim Rhodes, who plays fan-favorite Sheriff Jody Mills is the female lead of the Supernatural spinoff. In fact, her character has such a cult following since her introduction back in the fifth season that fans were asking The CW for a Supernatural spinoff following the female character long before the network took first steps in actually pursuing the Wayward Sisters idea.

Even if it took longer than fans might have hoped, Rhodes thinks there’s plenty of place in the market for the Supernatural spinoff. “It’s important to expand the concept of representation in general, because people feel good when they get to watch stories they don’t have to work to relate to,” Rhodes told ET. But the actress also pointed out how Wayward Sisters is going to build upon rather than depart from Supernatural and why it had female fans in the first place. “[I]t’s the emotion and the bond that people relate to,” the actress explained. “Underneath it all, it is just a human experience and the things we put on top of that human experience can either draw us in or push us away.” 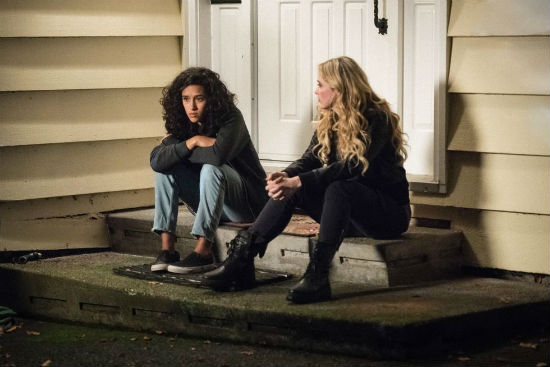 A promo has already been released for the backdoor pilot of Wayward Sisters, which will air on The CW as the midseason premiere of the main drama. Check out the sneak peek of the Supernatural spinoff below:

Or check out the longer Wayward Sisters trailer below, which gives almost a full minute more of introduction into the forthcoming spinoff and what to expect going forward:

The pilot for the Supernatural spinoff is going to be woven into the main series as an episode by the same name as the spinoff: Wayward Sisters. You can catch that episode tonight, Thursday, January 18 on The CW at 8:00 p.m. EST.

For the actual Supernatural spinoff release date, nothing’s set in stone — yet. But check back with Metro US. We’ll be updating you with more information about Wayward Sisters as it’s available, including an official release date, spoilers and more photos.