When does ‘Fresh Off the Boat’ season 4 start? – Metro US
Television

When does ‘Fresh Off the Boat’ season 4 start? Some low ratings gave fans of this ABC comedy a bit of a scare, but fear not followers of the Huang family, you don’t have to wait long for Fresh Off the Boat season 4!

Viewership in the first half of the third season was a bit of a rollercoaster, declining after a disappointing premiere, only to pop right back up on the fifth episode of the season. But audiences benefit from the bumpy ride nonetheless, as the TV show based off of Eddie Huang’s memoir of the same name is just days away from its return.

If you’re new to the series, the show follows hip-hop loving Eddie (Hudson Yang) as he and his Taiwanese family move to the U.S. in the mid-90s and get used to the ups and downs of their new, American life in Orlando, Florida.

Wait, was Fresh Off the Boat cancelled?

No. Despite the somewhat unreliable ratings, the show’s still a success, especially to those involved. In fact, Randall Park (who plays Eddie’s dad in the show) didn’t expect the series to be a hit on primetime TV. When the positive reviews started rolling in, the actor credited the success to the fact that they were able to make a funny TV show that was “comedy without the cliché.”

“There were so few examples of Asian or Asian-American lead characters on American TV or even in the movies. And the ones that have existed for so long were either stereotypical or offensive in some way, or just not reflective of the lives of people in the community,” Park told NPR. Fans are clearly finding something that resonates in the show; hopefully this season’s numbers reflect that. Regardless of the numbers, you can expect the same refreshing approach to comedy in Fresh Off the Boat season 4.

How did the end of season 3 leave things?

The final episode of the season saw the Huangs moving into the new house, but not everything went according to plan. Jessica declares them “house poor” and quickly creates rules and restrictions for the family that make it impossible to enjoy the move. At Cattleman’s, Michael Bolton is turning everything into an opportunity for merchandising, but Louis doesn’t have a bad thing to say about it once he sees the big, fat check for his cut of the profits. 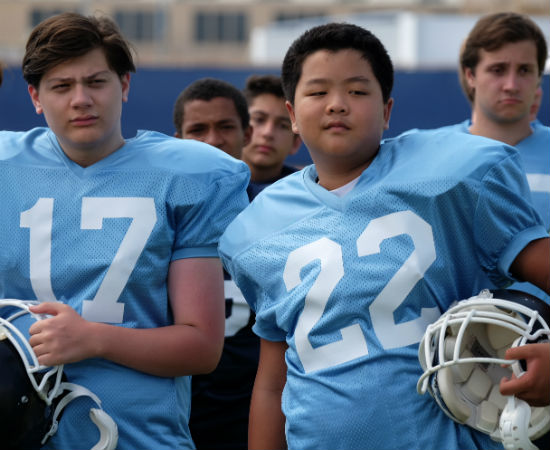 Things are up and down for the kids, as usual. Eddie tries to keep keep in touch with his friends, which everyone forced to move in their childhood knows doesn’t ever go so well. Emery, always the worldly scholar of the brothers, discovers that the blazer for Evan’s St. Orlando Academy school uniform is made in China, potentially a product of child labor. When they complain, the superintendent is less than sympathetic, and the whole thing ends in Evan getting kicked out of school.

At the end of the episode, Jessica convinces Louis that maybe moving back to their old place is the best thing for everyone, but even that goes wrong when they discover the house has already been rented out to someone else.

So, when does Fresh Off the Boat season 4 start?

You can catch the first episode of the new season — and find out if things finally start going right for the Huangs — Tuesday, October 3 on ABC at 8:30 p.m. EST. Make sure to tune in and help get those inconsistent ratings back on track so fans can expect a couple more seasons in the future.